Basically, this crazy competition involves an array of risk-takers, clad in colorful and sometimes “racy” costumes, who ski down a steep slope, attempting to pick up enough speed to “skim” across a man-made pond at the foot of the moutain–on skis or snowboards.  Sometimes, they’re successful and sometimes, they end up in the “drink.”  The winners are crowned “King” and “Queen” of the mountain, and besides bragging rights, they’re each awarded a free season’s pass for the upcoming ski season.

The 21st Annual Pond Skimming 2011, held on a balmy spring day on April 2, did not disappoint.  The theme was heroes and villians.  Here are some of the colorful sights . . .

James Bond and his side-kick made an appearance on the slopes . . . 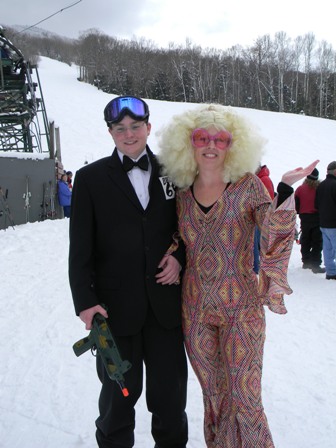 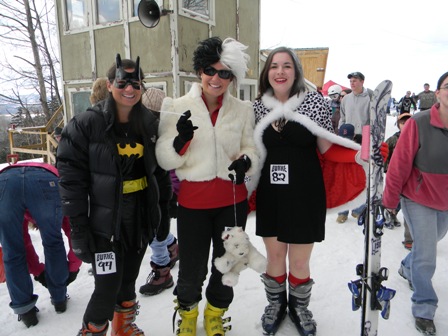 The “villian” banker, who made off with everyone’s money, sped across the water . . . 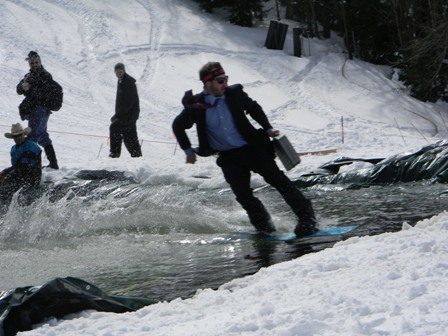 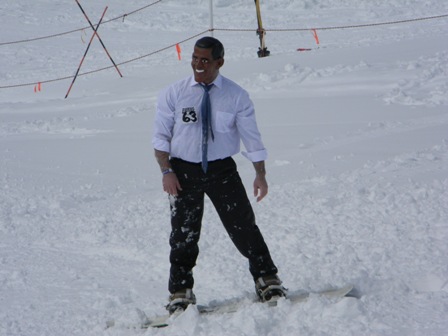 For the first time ever, there was a team of two contestants on original “skis built for two.” 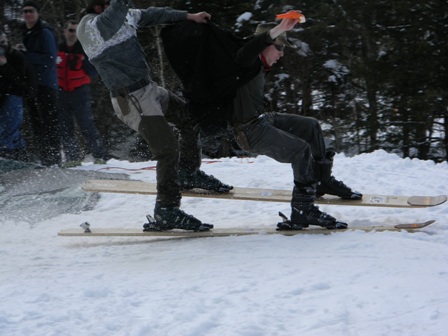 . . . and “Tony the Tiger” was victorious for the first few runs across the deep.

Cat Woman tucked in for a quick ride down the slope . . . 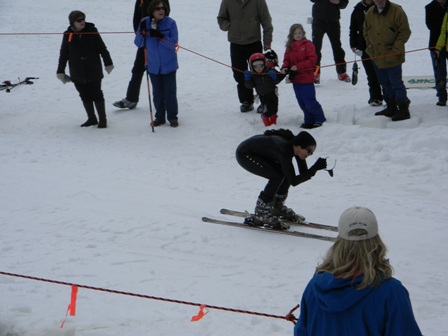 Some who belly-flopped in the pond needed the assistance of the ever-friendly and ever-ready rescue diver . . .

The Joker continued to smile, even when he was soaking wet, as did the clown . . .

As the starting line moved lower down the mountain after each round, racers found it tough to keep their speed up to make it safely across the pond.

The judges gave the thumbs up/thumbs down on each skier.

The “King of the Pond” was the last man standing, NOT in the water.  It happened to be someone dubbed, “Charlie Sheen,” and he said “You decide if I’m a hero or a villian!” 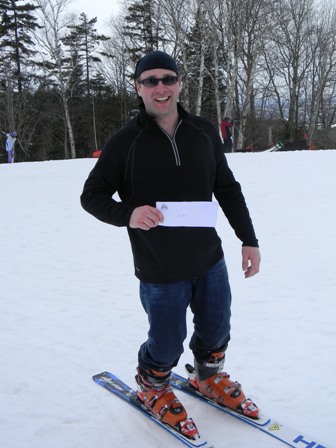 All in all, a fun day at the best ski mountain around!!!