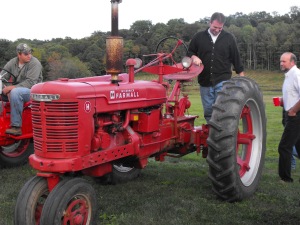 What a HOOT we had last night at a dear friend’s annual Pig Roast/Tractor Parade/Hay Ride!  The invitation said to bring a favorite appetizer, dessert, and/or tractor.  So, we arrived in style . . . in our big green tractor! 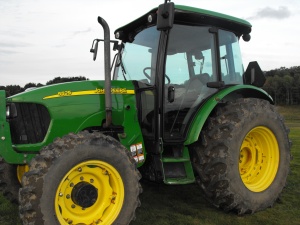 You see, our friends collects Farmalls, which for anyone who knows tractors are RED, so we figured we needed a little GREEN in the picture.

Our son, Jonathan, brought the old antique Ford, which brought a lot of attention. 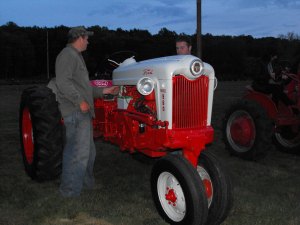 Nathaniel arrived in his mile-high pick-up, which he had just “lifted” . . . 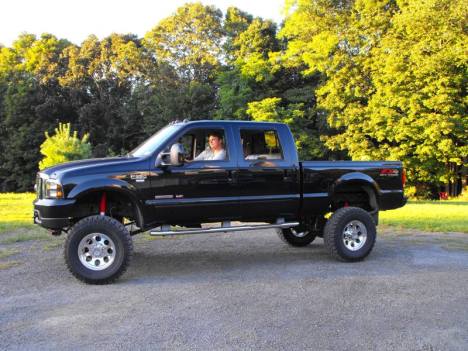 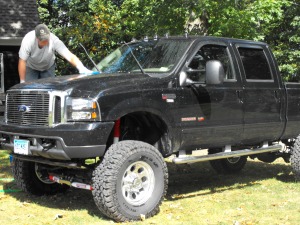 Our nephew, Stephen, arrived in our new/used Ford orchard tractor, which has a compact shape and size, for going in between trees in the orchard. 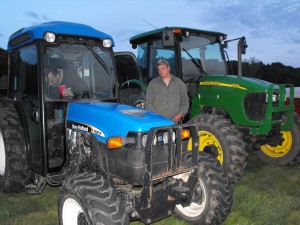 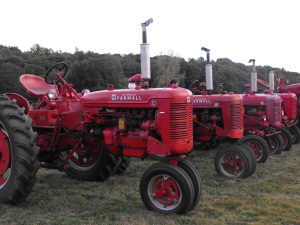 My favorite is this two-seater model . . . 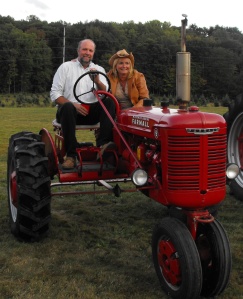 People who don’t usually get to drive tractors took them for a spin around the pond, with embankments on each side, which could be a little scary, especially with drinks in hand.  But the worse that happened was . . .

There was a huge spread of food, lots of good cheer and comraderie, and a magnificent bonfire to warm up around. 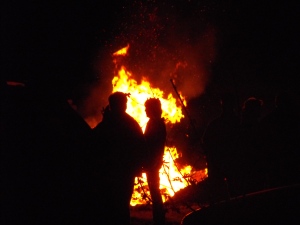 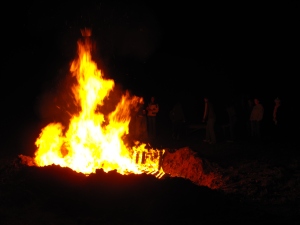 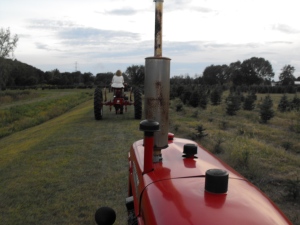 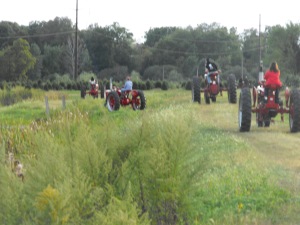 As I was driving one of Farmalls,  following a parade of red tractors around the winding path by the pond out back of our friend’s garden center, one song kept playing over in my mind:  Rodney Atkin’s hit, “Friends with Tractors.”  Take a listen:

Friends with tractors are such great friends to have!!! 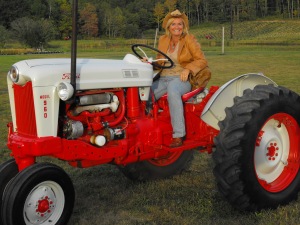